In this tutorial, we will show you the steps needed to get a real-time object detector starter app up and running quickly and easily on an edge device. You should have already set up your development computer and installed the alwaysAI dependencies in CLI. For more information on system requirements and supported boards, check out our Docs. This section describes the six simple steps to getting a real-time object detector app up and running in a few minutes on an edge or embedded device.

1. First, login to the alwaysAI platform.

After logging into alwaysAI, go to the dashboard and click on “Get Started”. Select the "Choose a Starter Application" section.

3. Set up your dependencies in CLI and access the starter app

After completing steps 1-3, head to the "Get a Realtime Object Detector Running" instructions in step 4.

In this particular demo, our Senior Software Engineer, Eric VanBuhler, is running Ubuntu 18.04 on his development computer and he has already setup the alwaysAI dependencies in CLI. You can also run alwaysAI on Mac and Windows.

For his edge device, he has a Raspberry Pi 3 B+ that he has setup with Raspbian Buster and installed the alwaysAI dependencies. He also attached a ribbon
camera for real-time video.

Open a Terminal window in the application directory.

Once you have a Terminal window open in your application directory, you can get the real-time object detector app up and running with a few simple commands.

First, deploy the app using the alwaysAI app deploy command. This will install the app on your device. 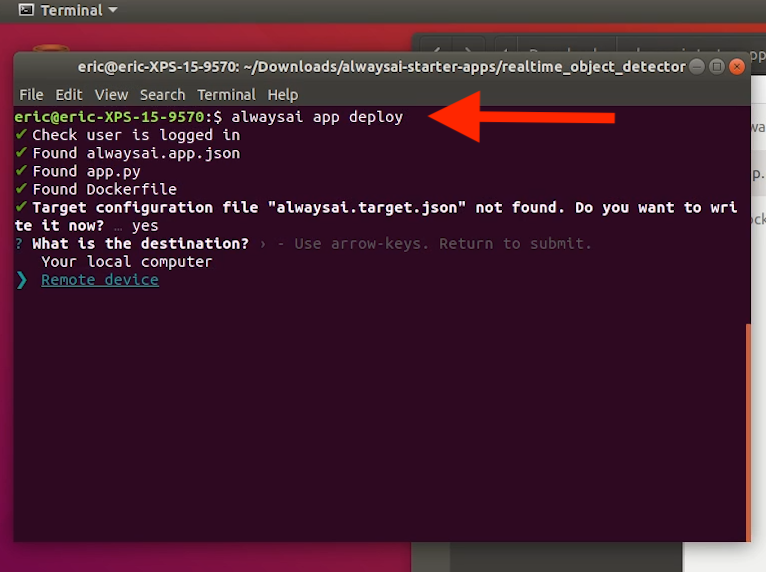 You will be prompted to set up a new device. In Eric's case, it's the Raspberry Pi 3 B+. 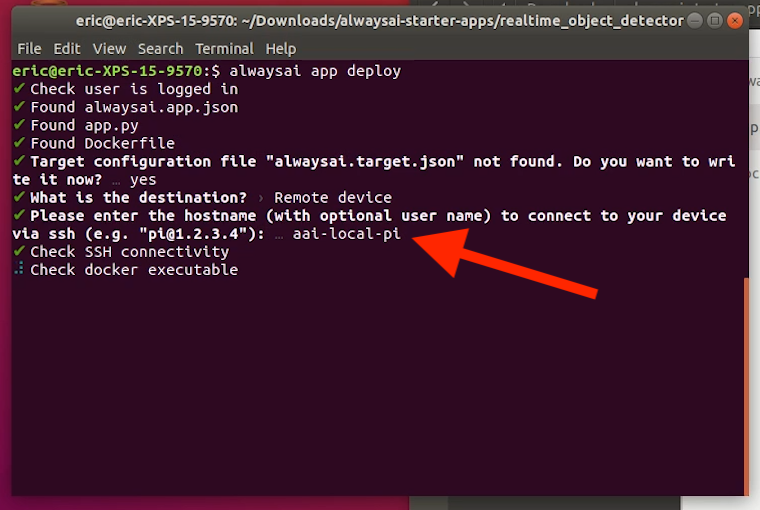 When prompted about where to install the app on your device, use the default option. 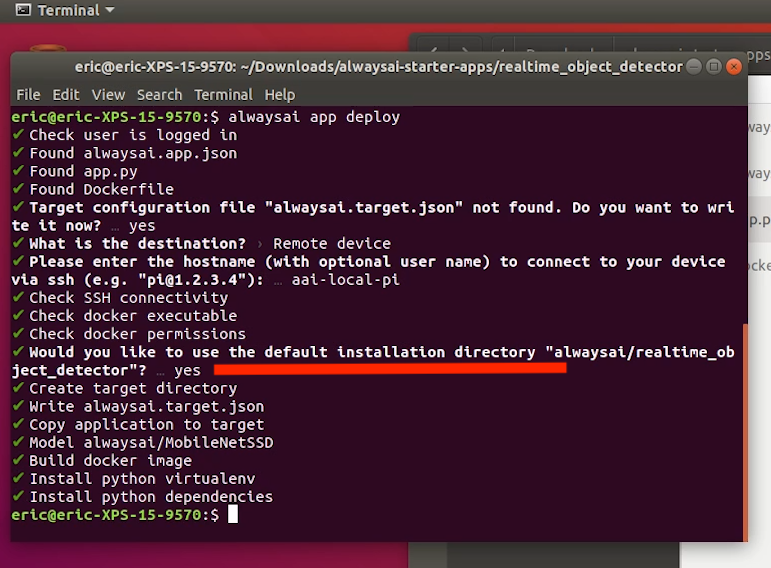 After installing the default, your computer vision models are installed and a Docker image is built for your app.

Next, start the app using the Terminal command alwaysai app start. This will run the app on our device and start detecting objects through your camera.

6. View your app in a web browser

The application will bring up a web interface link you can visit in your browser to show what the device is seeing. 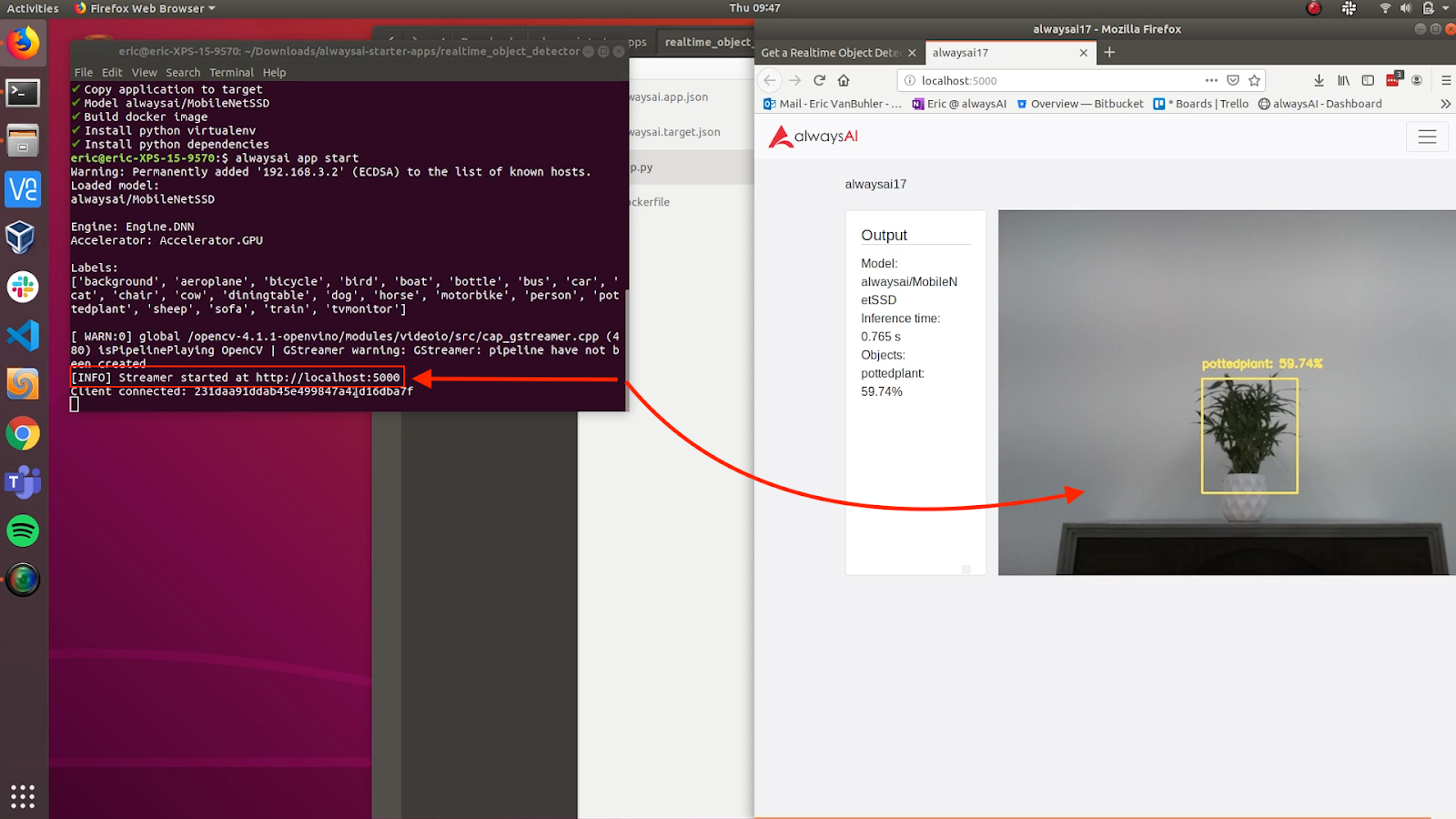 That is all it takes a real-time object detector application up and running on an edge device using the alwaysAI platform.